Deploying and managing services with Uplogix 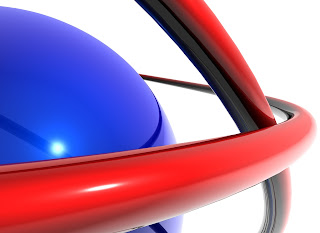 Local Management has some clear benefits for managed service providers who use Uplogix to deploy gear faster, manage it better, and control costs while hitting their SLAs.

Uplogix is working with one of the top carriers in the world to deploy and manage services for a large federal customer. They are using Local Management throughout the customer life cycle as an out-of-band solution plus much more.

Technicians with less networking experience are able to connect gear to the Local Manager, which can either push configurations to devices, or serve as a gateway for remote network administrators to bring up gear. Sites come online faster, with less staging.

Uplogix Local Managers can store and push device configurations over the console port. This means that even devices that provide network connectivity (like routers) can be configured remotely or even automatically after basic cabling is completed. This lowers the experience level needed for onsite staff, allowing the MSP to control costs and allow their experts to connect remotely to sites, saving truck rolls and shortening installation time.

The carrier can access Uplogix for initial tasks like device burn-in before granting access to their customers for specific management tasks. Automated monitoring capabilities ensure that connections like out-of-band modems are functioning before technicians leave the site.

The managed service market is a competitive space. Customers expect high uptime and are cost-conscious. There is usually another company waiting in the wings to take over if the customer is not satisfied. Being able to deliver new value-added services through Local Management is an important competitive advantage for the MSP.

Granular access and detailed reporting are two areas where Uplogix value can be passed along to the end customer. Roles can be created that specify which devices and which commands are available for secure customer access. This allows the MSP to deliver the access and support levels their customers want and back it up with detailed reporting that is collected when the network is up or down.

In addition to 24/7 monitoring and automated fault recovery, in situations where a device must be replaced, bare-metal restoration allows the carrier to use “hard hat” technicians to swap out defective gear with new devices.

Day-to-day management tasks are simplified with Uplogix. The MSP uses Uplogix to monitor gear locally. One example is automatically verifying out-of-band modems are available, ensuring that things are working as expected, and ready should there be a need. 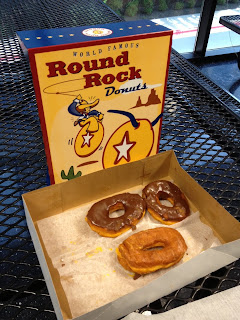 You may or may not know it, but today, around the world many people are celebrating the 14th Annual SysAdmin Day. Launched on July 28th, 2000, an IT guy named Ted Kekatos created SysAdminDay.com to promote recognition of the people that work long and hard, often in the shadows to provide the computers, networks and applications that make the modern workplace, well, work.

According to the site:


Let’s face it, System Administrators get no respect 364 days a year. This is the day that all fellow System Administrators across the globe, will be showered with expensive sports cars and large piles of cash in appreciation of their diligent work. But seriously, we are asking for a nice token gift and some public acknowledgement. It’s the least you could do.

References to appropriate gifts for SysAdminDay seem to center around bacon and ice cream. Or maybe bacon ice cream. Fellow Austin company Spiceworks is clearly taking the day to heart, with live streaming of their office party downtown and complimentary bacon-wrapped delicacies for SysAdmins from the Lard Have Mercy food truck.

What's the Uplogix connection?
We did consume a box of the World Famous Round Rock Donuts this morning. You know, the orange-colored ones you've seen on the Food Network. Yeah, they are that good.

Of course, you could also count our Local Management platform as a contribution to System Admins around the world. We're saving truck rolls, providing secure out-of-band access to remote gear that works just as if the admin were right there, plugging their laptop into the console port of a piece of gear.

There is the helpful (and potentially ego-saving) SurgicalRollback feature where any change made is followed by a prompt for confirmation by the technician initiating the change. If no confirmation is received (e.g. if the change brought down the network and the technician’s access with it), the change is precisely rolled back.

And we're saving SysAdmins from many of the little tasks that can eat up their day (and night). With our local connection to gear that allows us to operate independently of the network, they can have confidence in our automation of hundreds of tedious, error-prone routine change and configuration management tasks.

So, enjoy what's left of SysAdmin Day, and fry up a little thank you for those people that keep you working.

Machine-to-Machine systems will need machine-based management to scale networks required to realize the true value of M2M. This demand for machine-based management of M2M networks will be increasingly driven by the communications, security and control infrastructure requirements at the core of the M2M value proposition. To connect the billions of devices expected, infrastructure components such as M2M gateways, firewalls, RTUs, PLCs, communications gear and even standard networking gear like routers and switches will be highly-distributed, making on-site repairs, changes and upgrades expensive and sometimes dangerous.

The Uplogix Local Management platform does this today. We implement automated management functionality in the same location as the devices being managed, connecting independently of any network. High-resolution monitoring and trend analysis is combined with automated responses to the basic issues that make up the bulk of networking troubles. Uplogix delivers secure, intelligent machine-based management for M2M systems in a solution that enables scaling of the network management functions required to achieve the promises of M2M.

An example of where Uplogix is already providing value in a critical M2M system is the pipeline industry. Thousands of miles of pipelines are monitored by systems made up of RTUs, PLCs and various communications ranging from microwave radio to satellite links. The shift from SCADA to IP networks has also introduced routers, switches and firewalls into the field, increasing complexity and the need for on-site maintenance when there are issues.

Uplogix has been successful in integrating the management of these hybrid systems, automating maintenance as well as providing an on-site “toolbox” for remote administrators performing higher level activities without having to go onsite. This means less time traveling to remote sites reacting to problems and more time for the proactive improvements that will expand the value of M2M.

As the M2M market continues to develop and new standards emerge, the flexibility of the Local Management platform will be critical. Current applications include M2M management for SCADA/Modbus networks and IP/Zigbee systems or distributed advanced intelligent devices that combine a variety of physical systems that rely on constant communication to centralized systems, like an ATM or CNC machine on a factory floor.

A few things we learned at Cisco Live 2013

This year's Cisco Live in Orlando was another opportunity for us to share the Uplogix vision of how to manage a network. The attendees in the World of Solutions are a sharp group -- they tend to quickly understand how we're different and quickly make the jump to some of the cool things that are possible with Local Management. Plus, they are a fun-loving bunch.

We decided months ago to do something a little different this year in our booth. We rented a slot car track and dressed it up with stage lights and some on-track video cameras to catch all the racing action on a bank of monitors over the track. With Uplogix demo stations as bookends for the track, racing ran continuously through the show, From the packed opening hours right up to the point we pulled the power as the show ended, we had cars racing through the figure-8. Our guess is that we ran close to 100 miles over four days and five lanes of racing.

Take a better look at our time at Live in these Facebook albums.

So what did we learn this year?


This one is pretty exciting for a company like Uplogix. The case can easily be made today that our network automation is really an M2M application. Beyond our high-resolution monitoring of managed networking devices over a console connection, we also have the flexibility to manage many other types of devices. This is the case in applications currently using Uplogix to monitor industrial controllers on pipelines and satellite antenna hardware on land and at sea. Machines talking to machines, and in our case going beyond talking to managing them.

The list of things we learned goes on. A couple of Uplogix people were busy in classes during Live, keeping up-to-date on Cisco gear while our business folks were busy maintaining relationships and making new ones. We talked with existing customers, potential customers and lots of interested Cisco employees involved in everything from connected cars to training.

One final thing we learned was that the relatively new singer for Journey -- the one they found on YouTube? He can really sing. We'll see everyone again next year at Cisco Live 2014 in San Francisco.
Posted by Uplogix at 4:07 PM
Email ThisBlogThis!Share to TwitterShare to FacebookShare to Pinterest
Labels: Cisco, Cisco Live 2013, CLUS, M2M
Location: 7600 North Capital of Texas Highway, Austin, TX 78731, USA
Newer Posts Older Posts Home
Subscribe to: Posts (Atom)