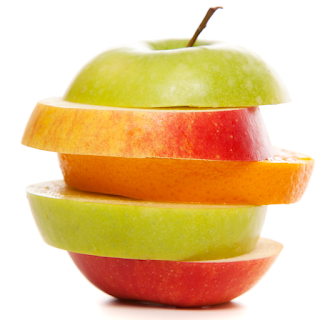 A week ago we were at Cisco Live in San Diego with 25,000 IT friends sharing the sea breeze, certification tests, Aerosmith and the World of Solutions -- where a couple hundred Cisco partners vie for the attention of Cisco's faithful. At the Uplogix booth


it was four days of continuous conversations with a common theme: comparing Uplogix to traditional console servers is really an apples & oranges situation, except since we also have all of the functionality of console servers the Uplogix apple kind of has an orange flavor.


Uplogix: "So are you familiar with console servers?"

Uplogix: "Well, we're like a console server on steroids."

This is where we gave our quick pitch that while most console servers sit idle when they aren't actively providing access to gear, Uplogix never rests.

Sure we'll give you access to remote gear, and of course we'll integrate with TACACS and RADIUS to ensure only the right people are getting in. And we work with all varieties of OOB channels (POTS lines, cell modems, satellite... really just about any alternate network path you might have). And our Uplogix 5000 model can connect via a serial connection to up to 38 devices.

But wait! We're just getting started!

That lowly console port is the key to continuous monitoring that not only doesn't tax the device like SNMP requests, but also doesn't load the network with management traffic. Monitoring and processing of the data is handled locally by Uplogix. The Uplogix rules engine evaluates the data and takes actions -- the run book actions you define or come pre-defined by Uplogix based on Cisco TAC recommendations.

What would you do in this networking situation? Uplogix can take those initial response steps for you. Anything from clearing an interface or cycling power to a device. Say Uplogix determines that your router has gone into ROMmon state. We can recover that for you too.

Pair these actions with our ability to forward information to your centralized tools (over that OOB channel if your network is down) and you never lose the ability to know exactly what is going on. We call it the Mean Time to Innocence - that period of time between knowing there is a problem and knowing whose problem it really is.

And there is so much more! We haven't even told you about WTF, our WAN Traffic Failover feature where we can tether our LTE modem, providing an alternate path for traffic if you lose your primary connection.

But we're not just working when there is an emergency. We provide value for routine maintenance as well. For example, configuration automation like our SurgicalRollback feature or mass config updates that let you scale your management efforts across the whole network...

We haven't even talked about security yet...

This is generally the point where it makes the most sense to just book a time for a 1-hr WebEx demo to get all of your stakeholders together and see what Uplogix can do for your organization. We'll talk about how Uplogix will elevate your expectations for out-of-band. After all, it's really apples and oranges.

You've made it this far, maybe you would like to see that 1-hr WebEx demo also. Just tell us what times would work best for you and we'll get it set up.
Posted by Uplogix at 12:30 PM
Email ThisBlogThis!Share to TwitterShare to FacebookShare to Pinterest
Labels: Cisco Live, Cisco TAC, configuration management, console port, console server, mass config change, ROMmon, WAN Traffic Failover, WTF
Location: 7600B North Capital of Texas Highway #220, Austin, TX 78731, USA
Newer Post Older Post Home